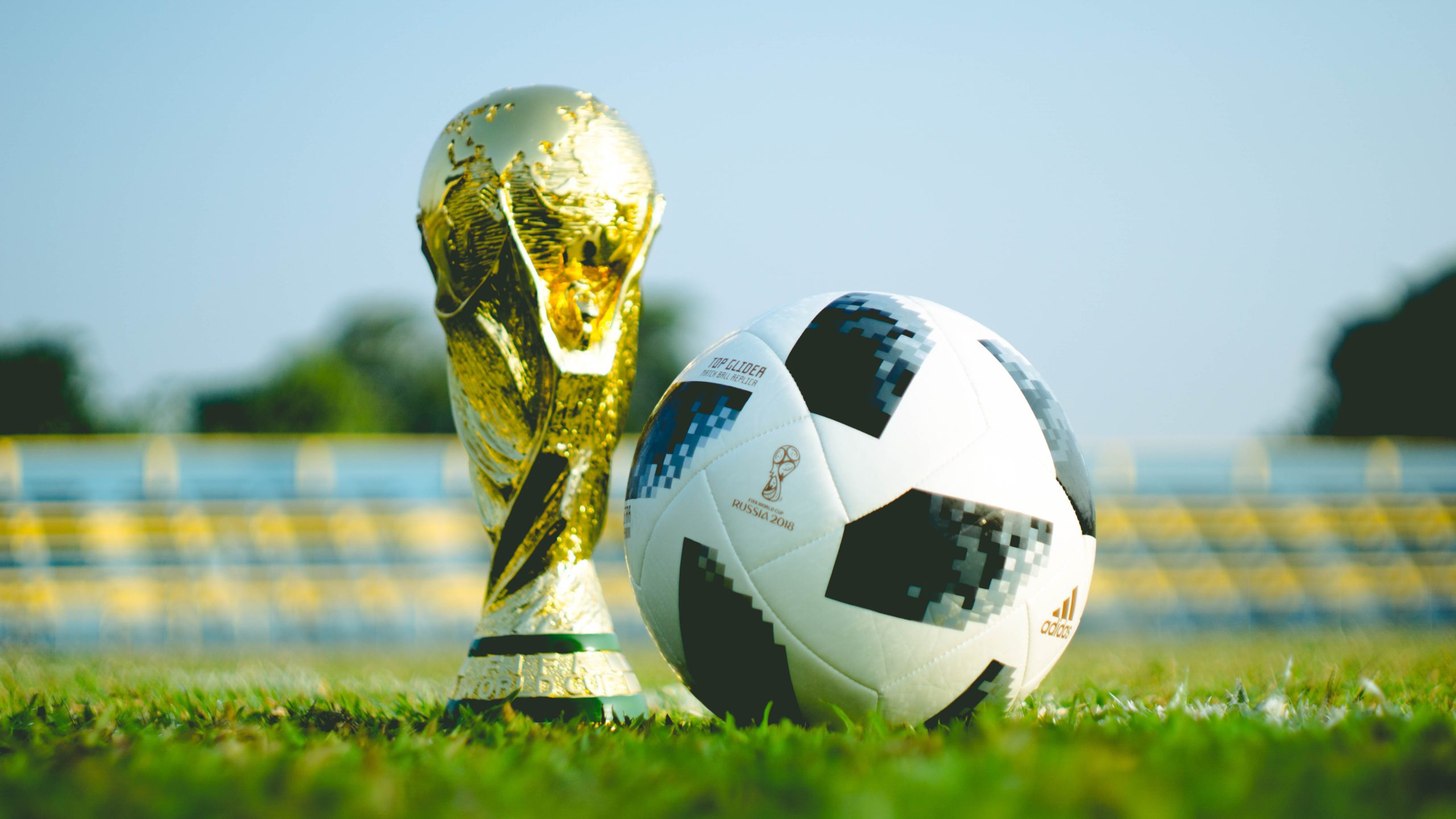 What ITSM Can Learn from the Football World Cup

The FIFA World Cup Qatar 2022 tournament is poised to grab everyone’s attention between now and the end of 2022. It offers an interesting opportunity for IT service delivery and support teams to consider what IT service management (ITSM) can learn from football (or soccer, depending on your location). This might seem a strange opportunity, but please keep reading to find out how ITSM has more in common with football than you might initially think, with a number of learning opportunities for ITSM teams 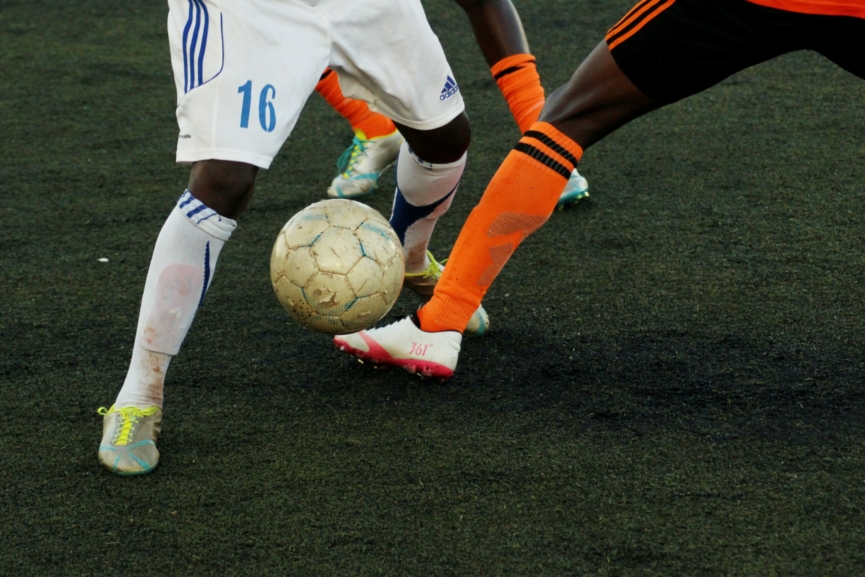 ITSM is probably not the first thing you think of when watching twenty-two people kick a ball around a football pitch. But even at a high level, there are similarities. For example, ITSM needs to be a “team sport” where one or two exceptional performances are unlikely to deliver the right results consistently.

There are different roles with both. For football (or soccer), there are goalkeepers, defenders, midfielders, and forwards (or strikers). These different footballing roles require different skills (although some will apply to all positions). The same is true in ITSM, with people with different skill sets likely being employed for problem management versus those working on the IT service desk. They will, hopefully, have the same service focus, though.

ITSM, like football and World Cup success, requires solid strategies and approaches (even amateur football teams don’t just turn up and play). For example, the need for a solid defense can’t be ignored, with team strategies and tactics such as “aiming to score more than you concede” not always working. Particularly against “the better teams.” This need to find the right approach and balance applies to ITSM, too – especially when balancing “keeping the lights on” investments and activities with business innovation enablement. Or not over-investing in one of people, process, or technology at the expense of the other areas.

As with ITSM, football can be considered an effective combination of people, processes, and technology (including data). But which aspects are most important to World Cup success? The likely answer is that they all are.

Getting the best from people – and does the best team win?

If we start with people, World Cup managers must ensure they bring the right players to the tournament. This selection is the full squad, ahead of time, not just the starting eleven, so match tactics, player rotation, injuries, and substitutions can be catered for. Plus, these players need to be able to play well together.

This is also true for ITSM, where a limited staff budget equates to the squad cap, and employing twenty great IT service desk analysts will likely not enable an IT organization to meet the business’ IT service delivery and support needs. Getting the employee and skill balance right is critical. Plus, sometimes it’s best to have a utility player who can play in different (footballing) roles, rather than the country’s sixth-best player in a single position, in the squad for added flexibility and resilience.

Ultimately, it might not be the team of the best individuals that win the World Cup, but rather the team that plays together best – with the ability to play together likely trumping the individual skill levels. The link to ITSM capabilities? While people having ITSM knowledge, skills, and experience is essential, being able to work with others to deliver the best possible business outcomes is even more important.

The concept of “process” in football can cover different aspects. For example, everything that goes into preparing a team for the World Cup or how the team plays in a match. The former is a massive area and one that intersects with the latter. However, certain key elements can be used to imagine potential ITSM learning at the World Cup.

A good example is the quality of passing. Passing and “possession” are important in football but not as important as the eventual “finish” to an attack, i.e. the scoring of a goal. With winning the match the desired outcome, not being a team recognized for the beauty of its play (and the inability to convert its high possession level into goals).

Another good example is set pieces, where training ground practice can “turn a game.” Or, something that can hurt many a great football team – losing a match they dominated in a penalty shootout. Where sufficient levels of penalty-taking practice, while not reducing the pressure on the people involved, better prepares players for the mechanics of the situation. In ITSM terms, this can be equated to being adequately prepared for major incidents or testing service continuity arrangements. Such that, while the situations are unwanted, the preparation improves the probability of success despite the impact of pressure on performance.

Technology in football, or any sport, is likely more prevalent than people think. At the World Cup, they might see the technology-assisted design of the official football or players’ boots, but technology has a far more significant role in a team winning the World Cup.

For example, technology (and data) can be used to optimize player fitness levels or their game-by-game performance. This insight includes sensors in the players’ boots where, as with IoT devices, data that demonstrates performance and identifies issues, root causes, and improvement opportunities can inform real-time and future decision-making.

While technology is already crucial to ITSM practices, there’s likely still much more that can be done with the data held within ITSM tools to improve IT service delivery and support capabilities and their business outcomes.

All the above is great, but things change

All sports fans, let alone football fans, know that players and teams need to factor their opponents into how they play a match, with tactics and formations changing to increase team effectiveness. It might even be that sometimes players must play outside their role (and comfort zone) at the World Cup. Especially when a colleague is sent off and the team gameplan needs to change.

This need to adapt is just as important in ITSM as in football. Whether at a strategic level, such as responding to changing business needs. Or an IT service desk agent going “off script” to better serve an end-user need based on their immediate circumstances being outside the expected norm.

Let’s not forget the importance of managers and coaches

While this blog has talked about football players, they would likely struggle to win the World Cup without a competent manager (or coach). They play such a vital role. From deciding on match tactics, picking the squad and teams (plus the team captain), motivating players and the team as a whole (including the half-time team talks), course-correcting during the match based on events, handling both pre and post-match media conversations, and ensuring that the team learns from its losses (and wins) in the same way that ITSM advocates continual improvement.

There’s more that managers and coaches need to do to help their teams win the World Cup. But hopefully, the above list is a good starter to check that your IT organization’s managers are doing what they need to in ensuring that their team members are primed to deliver effective IT service delivery and support capabilities. I’m not sure if this is ever reported, but it would be highly unlikely that a poorly managed team would win the World Cup.

This last area for comparison is as challenging to pin down for the national teams in the World Cup as it is for ITSM teams. Given the variety of stakeholders, where is value created in a World Cup? In fact, what is value when it comes to the World Cup? For the national-team fans, is it the quality of the football played or their team’s results? Is winning everything? And it has probably been proven that winning a World Cup boosts a country’s economic performance. For impartial fans, it’s likely the quality of the play – they want to see a good game, probably with lots of goals.

In this way, the World Cup is similar to ITSM – with many stakeholders that perceive value differently. They all need their expectations of value managed too. At the World Cup, there will no doubt be increased pressure caused by “the voice of the fans” thanks to social media, where every fan is a team manager (or at least they think they are). ITSM has its own expectation management challenges, with “the voice of the end-user” and the need for better employee experiences and productivity an unavoidable input into how ITSM teams operate and the outcomes they deliver.

Much more could have been written in this already over-long World Cup learning for ITSM blog, but hopefully, it has you thinking differently. Such that when you read about or watch what happens at the FIFA World Cup Qatar 2022 tournament over the next month, you take a moment to see if any learnings can be gleaned for your organization’s ITSM capabilities.